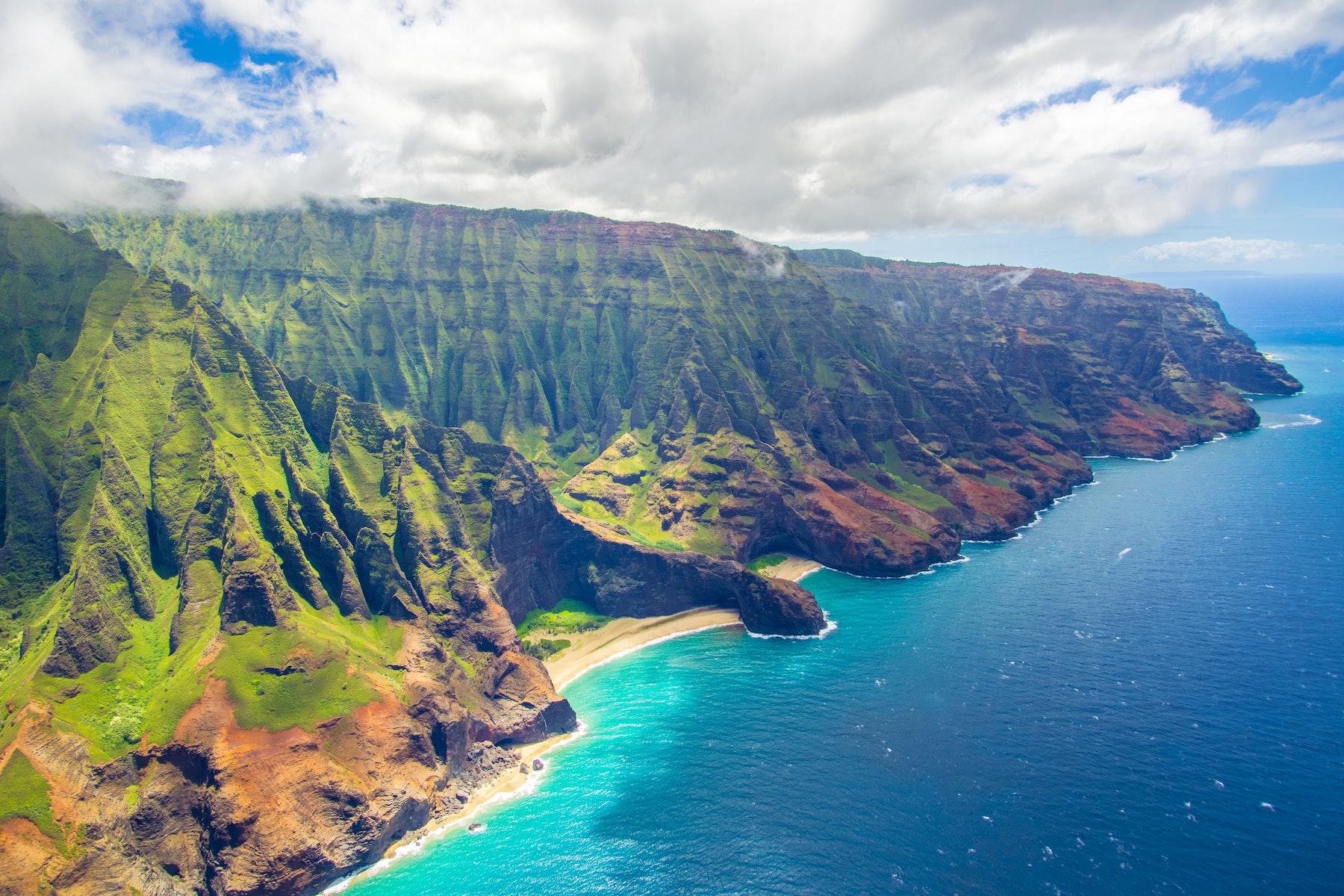 Home to the world’s most active volcanoes, the only royal palace in the U.S. and the welcoming aloha spirit—Hawaii is like no place on earth. Private jet charter flights to Hawaii take you to endless beaches, a glimmering ocean, emerald valleys and golden sands; get lost in the spiritual beauty of the hula and find out how the warmth of Hawaii’s people wonderfully complement the islands’ perfect temperatures.

The State of Hawaii, located southwest of the continental US, nearly encompasses the entire volcanic Hawaiian Island chain, which is made up of hundreds of islands spread across 1,500 miles. Of these, the eight largest islands — Niihau, Kauai, Oahu, Molokai, Lanai, Kahoolawe, Maui, and Hawaii — are considered the “main islands” and are located at the southeastern end of the archipelago.

Most private jets coming to Hawaii arrive at Honolulu, the capital of Hawaii, as well as a district of the island of Oahu. This is where you’ll find the world famous Waikiki Beach and everything from historic sites, monuments, and landmarks, to world-class shopping, and a flourishing arts and culture scene.

The diverse culture of Hawaii is expressed in language, music, art, theater, dance, film, cuisine and a multitude of festivals. At the core of each is the spirit of aloha, in the fluid arc of a hula dancer’s hands or in the soft rhythm of a slack-key guitar. The “Aloha Spirit” is the coordination of mind and heart within each person. It brings each person to the self. Each person must think and emote good feelings to others. In the contemplation and presence of life force.

There are six major islands to visit in Hawaii: Kauai, Oahu, Molokai, Lanai, Maui, and the island of Hawaii! Each has its own distinct personality, adventures, activities and sights.

Oahu
The “Heart of Hawaii” is home to the capital city of Honolulu and legendary surf towns like Haleiwa. Oahu is not the largest island but it does offer the most activities in a smaller space for relaxing days and active nights.

Island of Hawaii
The “Big Island” of Hawaii has many distinct places to visit. From active volcanoes to coffee farms and beautiful beaches to rich history, there’s lots to see and do on the island of Hawaii.

Maui
From its famous beaches to the peak of Haleakala, Maui offers a wealth of unforgettable experiences. It has a smaller population as well which makes it ideal for those that would like the amenities of a bigger island but without the congestion.

Kauai
The “Garden Isle” is home to some of the most dramatic scenery in the South Pacific. Kauai is known for its blue seas, waterfalls, and ample underwater activities that make this smaller island one of the ones that draws in the bigger crowds.

Molokai
True to its island roots, Molokai is filled with rustic charm and epic beauty. Molokai lets you visit sand beaches while also giving you the option of feeling more relaxed and secluded – an escape from the busier cities.

Lanai
Lanai is an island of contradictions and balances restful luxury with rugged terrain. Lanai has only a few resorts and sees far fewer visitors, but for many that is part of its appeal, as it gives you a chance to truly unwind from your busy life.

Unlike most commercial airlines, PRIVAIRA has the distinct ability to access local airports.

One of the busiest airports in the United States for commercial and private charter flights to Hawaii is Daniel K. Inouye Honolulu International Airport (HNL), which serves more than nine million passengers a year.

Those commuting by private jet to the Hawaiian islands can also arrive and depart at Molokai Airport (MKK) and Kalaupapa Airport (LUP) on Molokai; Kahului (OGG) and Hana (HNM) airports on Maui; Kona International at Keahole (KOA) on the Big Island, and Lihue Airport (KIH) on Kauai.]