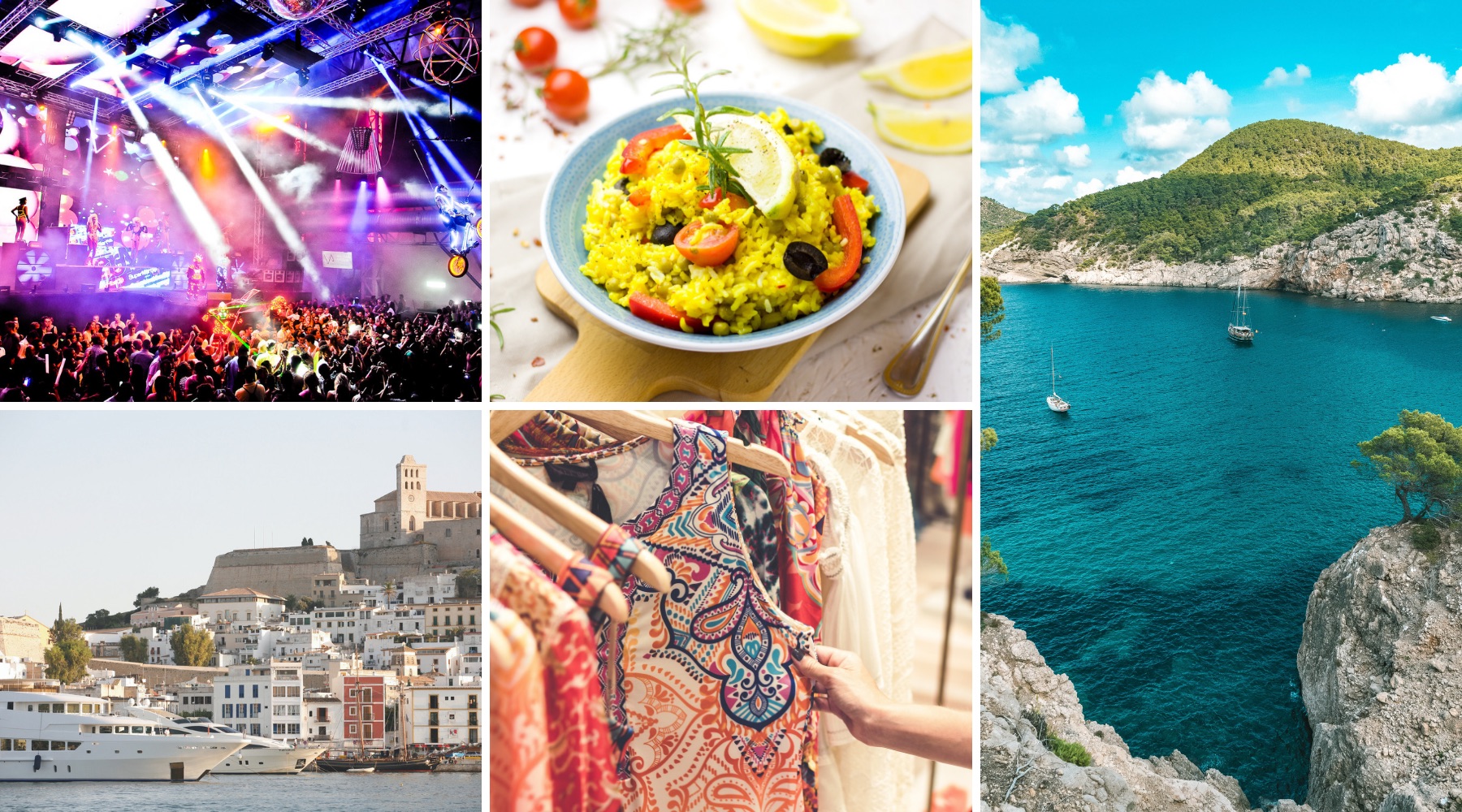 During the summer months, Ibiza becomes one of Europe’s hottest private jet destinations, with luxury travellers coming to the island. Annually there are over 10,000 private jet flights in and out of Ibiza. With the vast majority taking place during the peak months of June, July and August. The busiest month is August, with an average of 30 private jet landings a day.

Ibiza, known as the party capital of Europe, has many legendary clubs and beach clubs. Party until the sun rises at one of the famous clubs like Pacha, Amnesia, Ushuaia, Privelege” or Hi. The season traditionally begins at the start of June with opening parties and finishes on the first weekend of October with the closing parties. Many of the world best DJ’s stay in Ibiza for the summer as a resident DJ in one of the clubs.

Ibiza, situated just 79 km from Valencia, is the third largest of the Balearic Islands belonging to Spain. Although many know Ibiza as party capitol, there’s much more to the sophisticated island than a happening nightlife. The mesmerizing views from the endless beaches will keep a peaceful and relaxed feel during the day until the partygoers come out at sunset. Visitors have a choice: tranquil, historical, natural Ibiza Island, or energetic, uninhibited Ibiza Town.

So a Balearic break in Ibiza isn’t all about the nightlife: luxury villas, boutique hotels, crystal-clear waters and white beaches draw a hip crowd in the summer months. Eivissa (Ibiza Town) is a perfect place to start your tour. Ibiza Town itself is a unique collection of winding cobbled streets and ancient churches, next to ultra-modern resorts and nightclubs.

Discover the quiet side of Ibiza.

Dalt Vila in the old town is a World Heritage site. Enjoy the panoramic vistas from the battlements, Enjoy a bite at a sidewalk café, and then explore the Roman artifacts at the Museo Puig des Molins. Having been settled, conquered and re-conquered, Ibiza is a treasure-trove of historical artifacts. It was once an important part of the Islamic trade routes. The Centro de Interpretacion Madina Yabisa (Moorish Interpretive Center) in the Old Town provides a glimpse into Ibiza as a hub of Islamic learning and trade, while Northern Europe was still in the Dark Ages.

Ibiza Town has 2 marinas, Botafoch and Ibiza Nueva packed full of luxury yachts. The famous bars and restaurants can be found near the port Blue Marlin, Lio and Pascha are all here. And If you like boho and ad-lib style, Ibiza is the best place to go shopping. Find unique fashion designs and accessories in its markets and designer shops.

Since the 1930s, Ibiza has become a peaceful destination for some avant-garde European artists that were forced to run away from authoritarian regimes. On the island, they found a primitive space that unleashed their creativity. And during the 60s and 70s, many Americans who wanted to get away from fighting the Vietnam War discovered in Ibiza a place in the Mediterranean that had remained isolated from tourism up until then.

Little by little, the island became one of the international refuges for the hippy movement. In this atmosphere overflowing with freedom and pertness is where the Adlib fashion was born, a comfortable and simple look that wanted women to make real conscience of their own body in order to be able to dress to their taste, without impositions.

Ibiza becomes famous for its flea markets, where merchants not only sell fashion, but also handicrafts, pottery, exotic musical instruments, original costume jewelry and also for its cosmopolitan and multicultural nature. In the last decades, the island has turned into a refuge for artists from all around the planet who have chosen Ibiza as a place to live. They exhibit their work and sell it in the art galleries, markets, shops, handicraft workshops, etc. Ibiza is their source of inspiration.

During the course of this summer, four new luxury hotels will be opening, adding to the island’s accommodation on offer and providing innovative options and elegant designs.

Bless Hotel Ibiza, W Ibiza, Amàre Beach Hotel and El Puerto Hotel Spa are offering new options and will prove to be a tremendous boost for the island of Ibiza as it continues on the crest of a new wave of tourism, as some of the most stylish and cutting edge establishments in the world.

Ibiza airport ((airport code LEIB)) is quick and seamless for travellers arriving by private jet. With two dedicated private jet terminals, the airport transit process could not be easier. No waiting times to pass through customs or check in. Which means that you can be at the airport for as little as 15 minutes before departure.

The airport is open 24hrs and has full facilities to accommodate large jets. Meaning intercontinental and transatlantic flights to the island are easily provided.