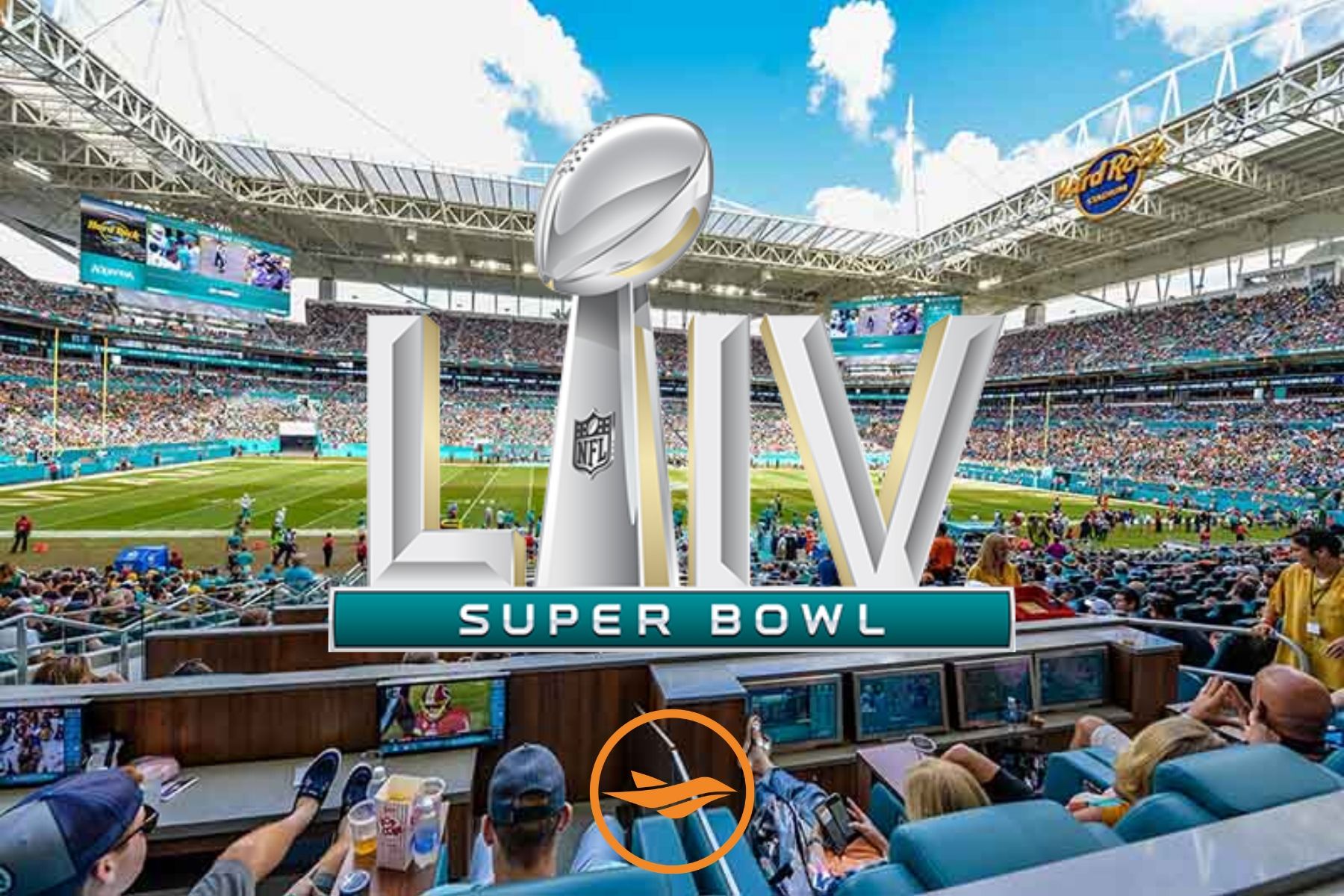 With world-class entertainment and headlining artists, the 2020 event is sure to dazzle with entertainers to be announced. The Super Bowl LIV Halftime Show is featuring J.Lo and Shakira as their dual-headliners for this year’s show.

With Super Bowl LIV just around the corner, this is the time for action to watch the game live from the arena as you fly in by private jet charter. Super Bowl Sunday is always a busy time for private flying with as many as 1,500 executive jets flying into the host city on game day. The Super Bowl weekend is also one of the busiest weekends for private jet movement of the year in the United States, with many VIPs, celebrities and corporate execs heading to the game and parties.

When flight activity is elevated due to big events like this, it is best to book travel early for the best aircraft availability and the greatest flexibility in scheduling. Many airport slots and parking spots get booked far in advance, which could lead you to having to arrive at an airport a few hours from the stadium.

Please note that a Temporary Flight Restriction will be in place before, during, and after the big game; this may affect flights scheduled too close to the start time.

Super Bowl jet charter is the way to fly for Miami travel! Escape the crushing crowds in Miami as you breeze in at a nearby executive airport or take advantage of an FBO terminal at FLL or BCT. Reservations are in high demand, so don’t wait and call us today for your preferred space and time.

Super Bowl Opening Night – Details TBA. The national kickoff party for Super Bowl LIV celebrations on Monday, January 28th. Be a part of the action as Super Bowl players and coaches greet the nation for the first time. This live event at the Hard Rock Stadium in Miami Gardens on opening night is the only time both teams appear in the same location before game day.

Super Bowl Experience – Details TBA is the NFL’s annual interactive theme park honoring all things Super Bowl LIV.  The event begins on Saturday, January 25th and runs through Saturday, February 1st. You can play in immersive exhibits and interactive games, take pictures with the Vince Lombardi Trophy, collect Players and Legends autographs, see all 52 Super Bowl rings and more. The most exciting, weeklong event surrounding Super Bowl LIV also gives you the opportunity to test your skills as an NFL player at Combine Corner. Try out the 3 Cone Drill, 40-Yard Dash and the Broad Jump.

The magnificent weather, beaches, world-class golf courses, restaurants, rich culture and ethnic diversity are what attracted over 100,000 visitors for Super Bowl XLIV and the Pro Bowl. Miami Dade, Broward and Palm Beach counties are the premier Super Bowl destination and the perfect spot to escape the freezing cold.

Our team will not only help secure the best flight option for your Super Bowl trip, but can also help arrange any special catering or other VIP services to help make your Super Bowl even more special.