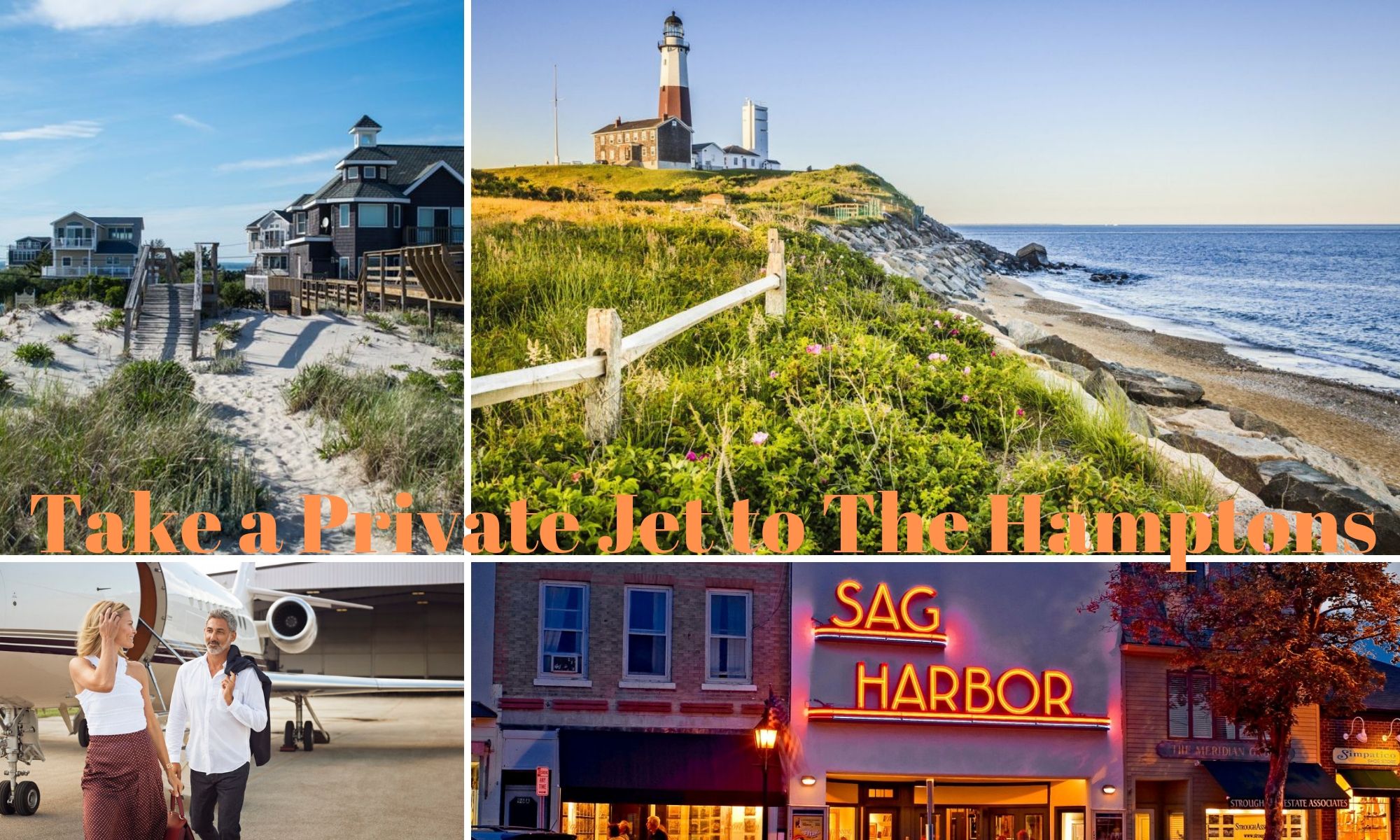 The Hamptons, a famous Long Island region anyone can enjoy. The area is a stepping-stone to a dream world worth visiting. It is a haven for “the rich and famous,” replete with history, sensational shopping. The Hamptons by Private Jet is for the fun loving, the artistic, the avant-garde, and for wide-eyed family enjoyment.

The Hamptons are a group of towns, villages, and hamlets scattered along the eastern end of Long Island, New York, about about 80 miles from Manhattan. Why are the Hamptons called the Hamptons? Southampton was settled in 1640 and became the first English speaking settlement in New York, It was named after the English community. The two Towns (frequently and incorrectly referred as “Townships” are collectively know as The Hamptons to summer rentors and other seasonal visitors.

The Hamptons are known for their beaches, farms, golf clubs, and equestrian events, and are a highly popular seaside resort for residents of the New York region. Much of the area is a magnet for celebrities and the well-to-do, who summer on spacious estates nestled along the Atlantic Ocean or hidden behind tall hedgerows. All visitors come to enjoy the ocean breezes, white sand beaches, excellent seafood, lively parties, and rural atmosphere of the East End.

Why Are They So Popular?

The Hamptons are popular because they offer a mix of oceanside location, rural atmosphere, historic charm, and exclusivity, all at a convenient distance from New York City. For many celebrities who have vacation homes in the Hamptons, the relative lack of paparazzi and ease of privacy make the Hamptons a relaxing place to escape. For the non-famous, the region’s mix of world-class beaches, quaint farm stands, five-star cuisine, and a lively social circuit make it an engaging and relaxing respite from city life.

The Hamptons is actually composed of roughly 20 different villages, each one with its own unique flavor.

Drive out on the Montauk Highway to the Montauk Point Lighthouse, the country’s 4th oldest continually operating lighthouse located on Long Island’s eastern most point.

Pull over for lunch at the Lobster Roll. This 50 year-old institution is the place for lobster rolls, get there early to beat the rush, then choose between two types of sandwiches: the “classic” lobster roll or the hot buttered lobster roll.

Visit Sagaponack’s Madoo Conservancy, the two-acre private gardens (and the 18th- and 19th-century buildings-turned-studios) of deceased artist Robert Dash. Some highlights: the boxwood knot garden, the Pagoda-covered bridge, and brightly-painted garden structures that appear to grown out of the sea of green.

Make a stop at the Parrish Museum in Water Mill. The building, a pair of elongated wings made of poured concrete walls and topped with gabled, metal roofs that tuck into the gently rolling hills and stretch out across a meadow of wildflowers, is itself worthy of a visit, not to mention the collection of nearly 2,600 American paintings from the nineteenth-twenty-first centuries.

When to Go to the Hamptons

Most tourists visit the Hamptons in the late summer, but July through Labor Day is the true high season. That’s when the social scene hits its peak, with food festivals, charity benefits, community fairs and special events.

September and even October are lovely times to visit, with temperatures in the mid 70s early fall is still warm and weather is still dry. And there remains a lot to do, and the crowds have thinned out.

The Hamptons by private jet charter is a Privaira specialty. From our home base in Florida and with a huge network available in the New York area. Privaira can get you to the Hamptons safely, conveniently and from any airport of your choice.

East Hampton Airport (HTO, KHTO) about 3 miles west of the town’s center is the most convenient airport for East Hampton. This airport with its small runway can accommodate small jets and turboprops. Other airports that serve the The Hamptons area are Francis S Gabreski Airport (FOK), and Montauk Airport (MTP).